If you couldn’t imagine baby owls getting any cuter, it turns out that they can. Consider for a second—have you ever thought about how the creatures take a nap? We know that adult owls sleep upright, but the owlets can’t do that yet as their heads are too heavy. So until they get large enough to nap sitting up, the tiny birds have an alternate solution; they lie down on their stomachs and turn their heads to the side before drifting to dreamland.

Miraculously, the young owls do this all while resting on a tree branch. And they don’t fall off, thanks in part to the strength of their back toe called the hallux. The hallux tethers the creature to the branch and it won’t move until the owlet bends its leg.

Journalist Mark Rees recently made his own discovery of how baby owls sleep. In a now-viral tweet, he shared a picture of an owlet who is napping like we’d imagine a human would—on its stomach and totally conked out. To see more of this adorable sight, scroll down.

Baby owls (owlets) sleep on their stomachs laying face down, and it’s adorable.

I’ve just discovered that baby owls sleep face down like THIS because their heads are too heavy. Also, I don’t think I’ve seen owl legs before…. pic.twitter.com/dfKii2JtS8

Caught this cutie taking a nap from r/Superbowl 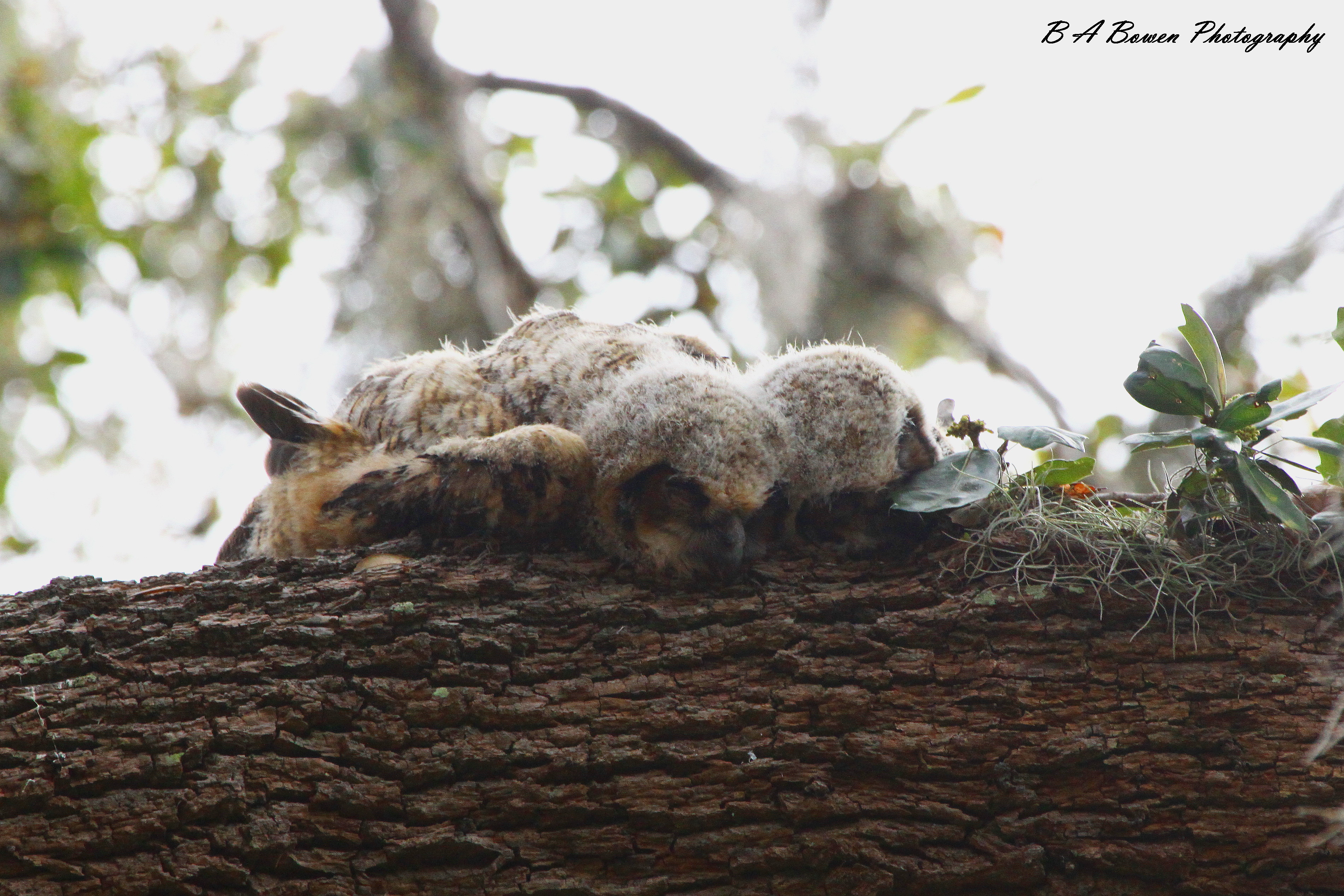