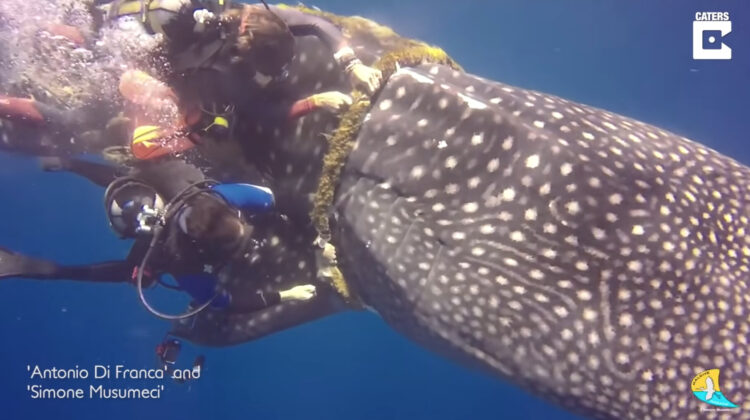 A daring group of divers pulled out an astounding rescue of a whale shark entangled in a piece of rope.

Divers from the Macana Maldives tour agency, Simone Musumeci and Antonio Di Franca, were taking some clients on a guided dive in the Maldives’ Fuvahmulah island in December 2019 when they saw something unusual.

A massive whale shark swam around their boat, dragging a strong rope across its body between its head and pectoral fins.

“While the divers were cautiously re-boarding the boat, our guide Gianluca, who was on board, screamed ‘whale shark!'” Simone explained.

“I put my breathing mask back on and glanced beneath the water right away.”

“I saw a magnificent beast swimming towards us with a massive rope around its neck,” says the narrator.

Simone and Antonio dove into the water and began cutting the rope, as the enormous fish continued to swim and drag them across the ocean.

When the rope was removed, a deep white mark around the shark’s body was apparent.

“It took us approximately 10 minutes to free the shark, while it dragged us about while we held on to the rope at a depth of around fourteen meters,” Simone added.

“When the rope was eventually cut, the animal remained motionless for a while, as if it realized it was free, before gently swimming downwards into the sea’s depths.”

“A few seconds later, it reappeared and swam closer to us, as if thanking us.”

“We will never forget one of the most magnificent events of our life.”

“We wouldn’t be able to figure out how the shark got stuck in the rope,” Donatella Moica, 50, marketing and communications director of Macana Maldives, said.

“Whalesharks can travel long distances, therefore it might have happened far away from the Maldives.”

“Given the markings on its body, it had to have been dragging the rope for quite some time.” 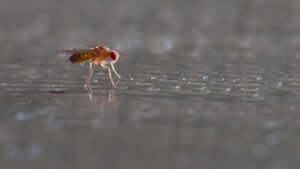 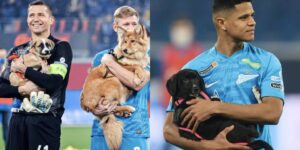 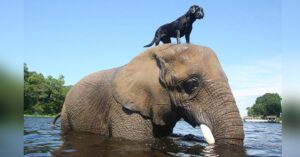 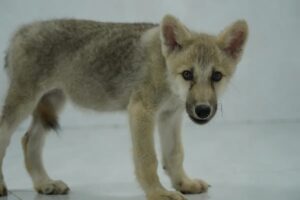 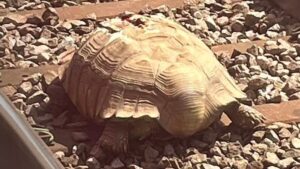 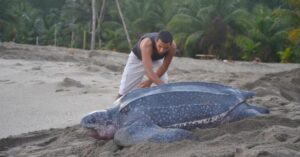 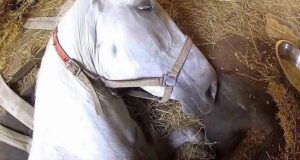