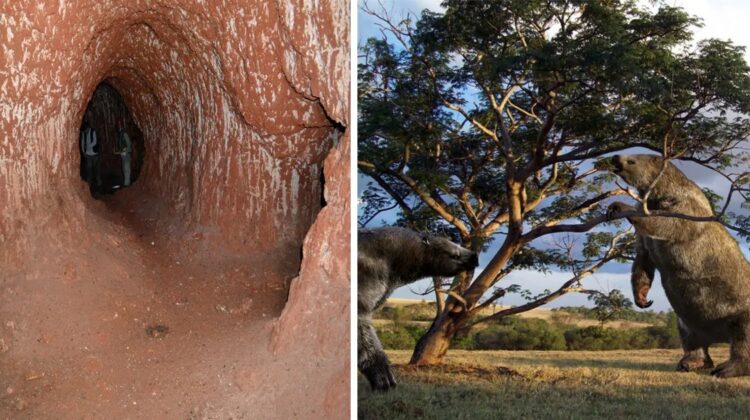 In Brazil, scientists uncovered some gigantic tunnels that they believe were built by a giant sloth. These tunnels are known as palaeoburrows by scientists. They’re so massive that they’re even taller than people. Many of these tunnels are hundreds of feet long with multiple branching, and the longest is 2,000 feet long, six feet tall, and up to five feet broad!

The biggest tunnel is 2,000 feet in length, six feet in height, and up to five feet in width.

Heinrich Frank, a geology professor, hypothesized that these gigantic tunnels were carved out by a live creature. “No geological process in the world generates lengthy tunnels with a round or elliptical cross-section, branching and rising and falling, and claw marks on the walls,” Frank told Discover. Whatever the monstrous monster was, it left massive claw marks on the walls and ceilings of this tunnel and others in the region.

The walls are covered with gigantic claw marks.

Frank and other researchers have discovered approximately 1,500 huge tunnels in the state of Rio Grande do Sul alone, with hundreds more in the state of Santa Catarina. “Sometimes you get the sensation that there’s some monster lurking around the next curve in these tunnels — that’s how much it feels like an ancient animal den,” Frank wrote.

He eventually came to the conclusion that the paleoburrows were most likely excavated by the gigantic ground sloth, the second-largest prehistoric land animal behind the mammoth. The deep claw marks observed on the walls of paleoburrows by Frank are the key evidence. They could only have been built by a huge ground sloth, according to most experts.

Paleoburrows were most probably dug by the giant ground sloth

The scientific name for an extinct species of gigantic ground sloth is Megatherium americanum. The name derives from the phrase “huge beast from America.” Despite reaching lengths of up to 4.6 meters (15 feet) and weighing around 2,590 kilograms (5,709 pounds), a single ground sloth would have spent the most of its life tunneling as huge and comprehensive as these palaeoburrows. So, what’s the big deal?

Frank and his crew aren’t sure if the vast caves were utilized to escape the weather, predators, or humidity, but even those explanations seem odd. After all, wouldn’t a much smaller hole have been perfectly enough for those purposes?

Could it be that numerous generations of people inherited the burrows and continued to add to the complex to make it so massive? Again, the researchers will need to validate this through other observations.

The first M. americanum fossils were discovered in Argentina in 1787 by Manuel Torres and brought to the Museo Nacional de Ciencias in Madrid, where the original skeleton is still on exhibit.

Georges Cuvier, a comparative anatomist, evaluated the connections and appearance of Megatherium in 1796, concluding that it was a sloth. Initially, he believed the animal utilized its gigantic claws to climb trees, similar to contemporary sloths, but he eventually altered his mind, believing the claws were used to construct tunnels.

Megatherium americanum grew to be up to ten times the size of living sloths, weighing up to four tonnes (similar to a present day bull elephant).

M. americanum, despite its massive claws, was a vegetarian. This was shown by a chemical study of the animal’s teeth, which revealed what it ate during its lifetime. It might also have meant that it was a more accessible target for – people.

Yes, we know they interacted with humans at some point in the past since Megatherium skeletons have been discovered with cut marks on them. This shows that thousands of years ago, these massive sloths were on the menu, which may have led to their demise. 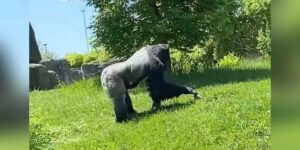 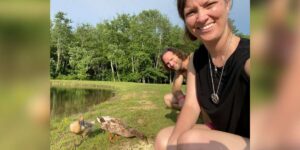 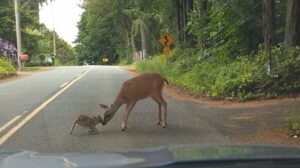 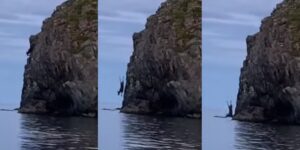 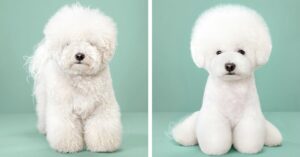 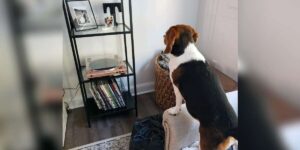 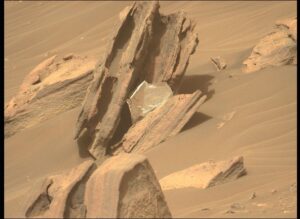